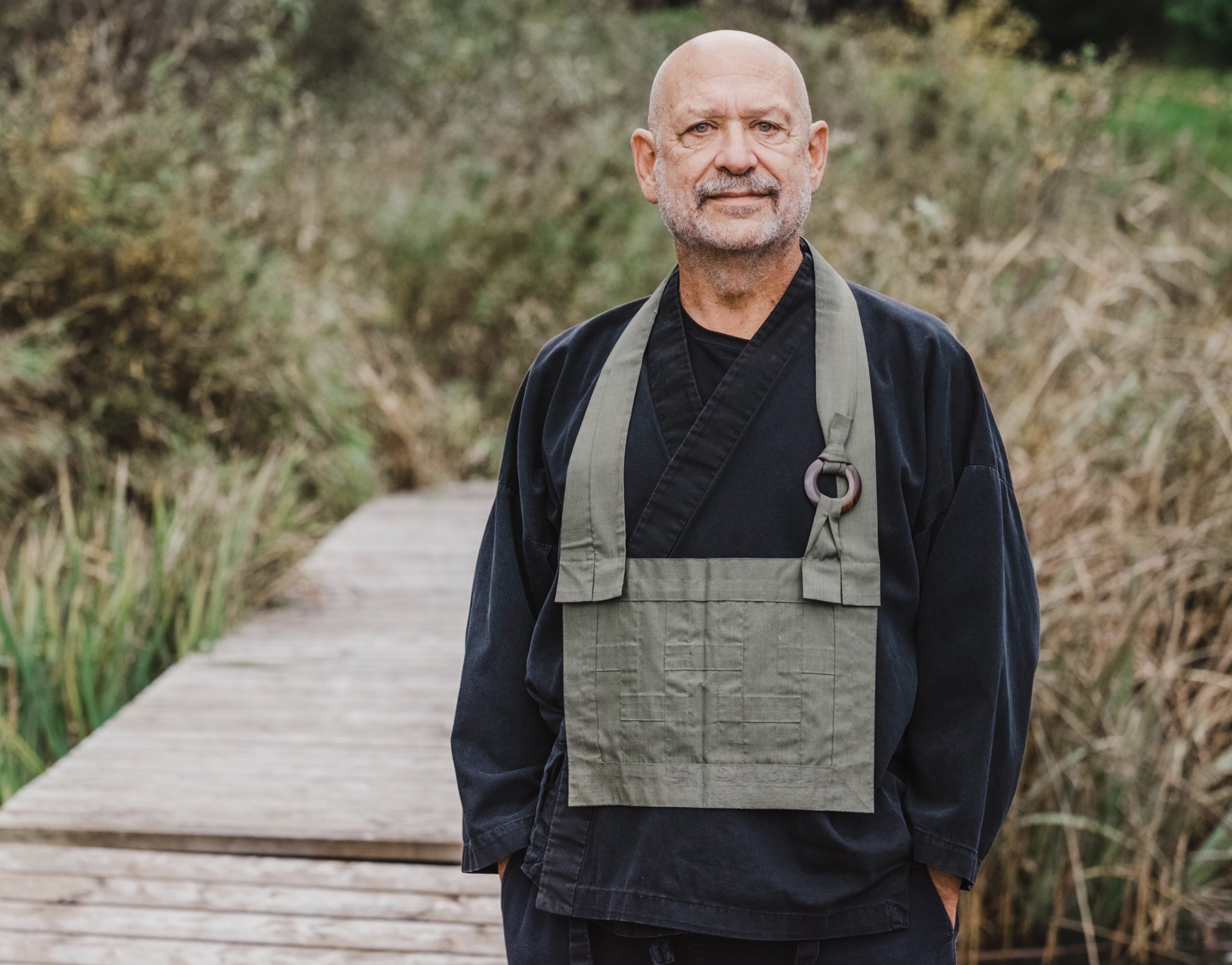 Eihei Peter Levitt is the founder and guiding teacher of the Salt Spring Zen Circle on Salt Spring Island in British Columbia, where he resides with his wife, poet Shirley Graham. He was authorized as a Zen teacher in the lineage of Shunryu Suzuki Roshi by Zoketsu Norman
Fischer, founder of the Everyday Zen Foundation, and received Preceptor Transmission in the White Plum Lineage from Roshi Egyoku Nakao.

Peter’s poetry books include One Hundred Butterflies and Within Within, which Governor General Award recipient, Robert Hilles, called, “master works that reveal the interconnected fabric of it all in ways that will leave you stunned.”  In the same vein, legendary poet, Robert Creeley, wrote, “Peter Levitt’s poetry sounds the honour of our common dance.”In 1989, Peter received the prestigious Lannan Foundation Award in Poetry.

When asked about his lifelong practice of poetry and zen, Peter wrote: My Zen practice began innocently enough in 1967 with laughter. Every few days I would read a couple of Zen stories from a book I picked up at the San Francisco Salvation Army

Thrift Shop. Despite the fact that I found most of these stories absolutely incomprehensible, I found myself laughing, and so I would read another one. I figured that anything that made me laugh so much must have something in it. At about that time I also began to write poetry. I wasn’t sure what my poems were about, of course, but I wanted to know, so I kept on writing. During this period I started to sit zazen; another activity where if anyone asked me why I did it I would have to say, “I don’t know.” It’s been almost fifty years since those days, and I consider myself one of the lucky ones. Still sitting. Still writing. Still laughing.

On a more serious note, however, in 2001 Peter established the Salt Spring Zen Circle as a direct response to the 9/11 attacks in the United States, with the hope that Zen practice would help to bring greater clarity and compassion to the local community and the world.

Donations for Peter’s teachings are gratefully accepted by PayPal (button below) or etransfer to saltspringzencircle@gmail.com.